Asbestos in Scotland is a ‘ticking health timebomb’

The use of asbestos across Scotland has created a ‘ticking time bomb’ for those exposed to the substance, experts have warned.

A growing number of people are coming forward with conditions that they claim are associated with working in affected buildings. From the 1950s through to the 1980s asbestos was extensively used as a building material for purposes such as sprayed coating, pipe insulation, wood panelling, floor tiles or cement roof sheeting.

An asbestos expert has warned that the number of men dying from a lethal lung disease caused by exposure to the mineral is likely to triple over the next 30 years. 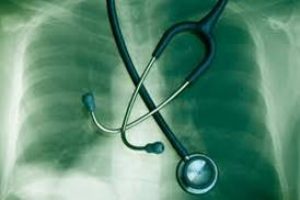 Robin Howie said official predictions had “vastly underestimated” the death toll from mesothelioma, an incurable cancer, because they fail to take account of future improvements in life expectancy.

Howie, an Edinburgh-based occupational hygienist who advises on health and safety, said that the expected surge in people living into their 80s and older meant that increasing numbers of men would survive long enough to develop mesothelioma, whereas past generations tended to die earlier from other illnesses. The condition takes 42 years on average to develop after initial exposure.

Speaking at an asbestos conference in Glasgow yesterday, he said: “This is not going away. We are not even at the beginning of the end. And at some point, the government of the day are going to have to face it.”